Importance of a Tent Evacuation Plan

Importance of a Tent Evacuation Plan 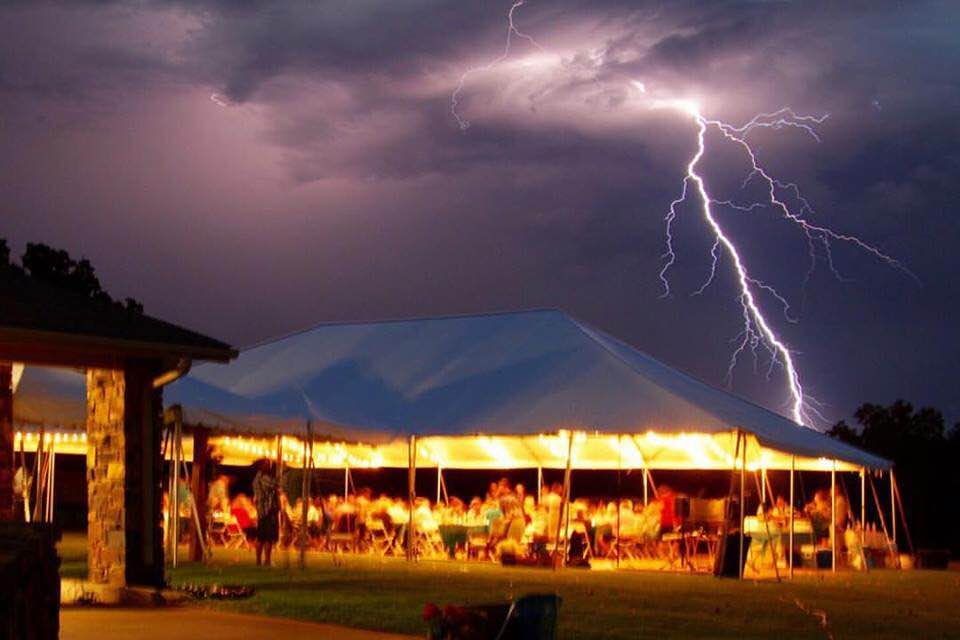 We have all heard the tragic news over the past few years of the stage cover collapse at the Indiana State Fair or the tent collapse in Saint Louis, Missouri where people were killed and severely injured by the falling shelters.  These sorts of incidents happen much more frequently than reported on the national news where people are injured (some severely).  What makes all of these incidents even more tragic is the fact that every one of them should have resulted in no loss of life or even injuries had the promoter/land owner/tent renter had a proper tent evacuation plan.

Regardless of how structurally sound a tent looks or how it is engineered to withstand winds; tents are never to be used as shelters in adverse weather.  Tent manufacturers often “wind rate” tents to withstand wind speeds up to 90 mph, but what one should always remember is that if weather is anything it is unpredictable.  Unfortunately, we have a personal example of how unpredictable weather can be when we had a 100×100 twin pole tent set up in central Oklahoma at a casino.  Casino cameras show heavy rain coming down with high winds.  While some people were running from the tent there is one segment where it actually shows a person running from a building into the tent!  Seconds latter the tent was hit by a micro-burst and it collapsed in the blink of an eye.  There were a few minor injuries, but one person sustained a compound fracture of his femur when one of the 400 pound poles struck him.  What is more frightening about this incident is that in two short hours the tent would have been occupied by 1,000 people attending a concert by a famous rock artist and most certainly the outcome would have been much more tragic.

The one thing that ties all of these horrific incidents together is that none of them had an evacuation plan that was followed.  Every time a tented event is to take place, regardless of the forecasted weather, an evacuation plan should be produced and ONE person should be tasked with the “call” for evacuation.  Special consideration should be given to the size of the tent, the number of expected guests, the remoteness of the site and closest suitable evacuation shelter. Emergency services phone numbers and event address with cross roads (remember 911 may not always be able to find you in a remote address) should also be written down so that they are easily accessible in case of emergency.  At some point early on in any tented event an announcement should be made on proper tent evacuation procedures, emergency exits and gathering point where guests can be accounted for. Before and during the event the appointee should make frequent inspections of stakes (ensuring they have not pulled out of the ground), straps (ensuring still tight) and poles (ensuring they are straight) and ensuring all egress areas are free of obstacles.  Anything that does not look correct should be immediately reported to us for further guidance.   Be mindful that you may lose power, which will add to the confusion during the evacuation so flashlights on hand are a must.  Once a tent is evacuated you should immediately call us on our after hours emergency phone (numbers are on your contract and published on our web site) and no one should be allowed back in the tent until we have approved the tent’s structural stability.

The American Rental Association which is the trade group for party and event rental companies has published a pamphlet on tent evacuation procedures which should be read by anyone who is renting a tent (takes less than 10-minutes to read) and is published on all of our websites but can be accessed at https://peerlesseventsandtents.com/EMERGENCY.pdf.

Tents are a great way to expand the outdoor space while providing protection from the sun and rain.  A little planning upfront may prevent injuries and/or save lives in the event that severe weather makes an appearance to the tented event.  You may also email the author of this blog at [email protected] with any questions or guidance needed.